The Muse in the Mirror

Using creativity to rekindle a reverence for our precious planet

An enchanting Yuletide poem to remind us of the true reason for the season,

Twas the night before Yuletide and all through the glen

Not a creature was stirring, not a fox, not a hen.
A mantle of snow shone brightly that night
As it lay on the ground, reflecting moonlight.

The faeries were nestled all snug in their trees,
Unmindful of flurries and a chilly north breeze.
The elves and the gnomes were down in their burrows,
Sleeping like babes in their soft earthen furrows.

When lo! The earth moved with a thunderous quake,
Causing chairs to fall over and dishes to break.
The Little Folk scrambled to get on their feet
Then raced to the river where they usually meet.

“What happened?” they wondered, they questioned, they probed,
As they shivered in night clothes, some bare-armed, some robed.
“What caused the earth’s shudder? What caused her to shiver?”
They all spoke at once as they stood by the river.

Then what to their wondering eyes should appear
But a shining gold light in the shape of a sphere.
It blinked and it twinkled, it winked like an eye,
Then it flew straight up and was lost in the sky.

Before they could murmur, before they could bustle,
There emerged from the crowd, with a swish and a rustle,
A stately old crone with her hand on a cane,
Resplendent in green with a flowing white mane.

As she passed by them the old crone’s perfume,
Smelling of meadows and flowers abloom,
Made each of the fey folk think of the spring
When the earth wakes from slumber and the birds start to sing.

“My name is Gaia,” the old crone proclaimed
in a voice that at once was both wild and tamed,
“I’ve come to remind you, for you seem to forget,
that Yule is the time of re-birth, and yet…”

“I see no hearth fires, hear no music, no bells,
The air isn’t filled with rich fragrant smells
Of baking and roasting, and simmering stews,
Of cider that’s mulled or other hot brews.”

“There aren’t any children at play in the snow,
Or houses lit up by candles’ glow.
Have you forgotten, my children, the fun
Of celebrating the rebirth of the sun?”

She looked at the fey folk, her eyes going round,
As they shuffled their feet and stared at the ground.
Then she smiled the smile that brings light to the day,
“Come, my children,” she said, “Let’s play.”

They gathered the mistletoe, gathered the holly,
Threw off the drab and drew on the jolly.
They lit a big bonfire, and they danced and they sang.
They brought out the bells and clapped when they rang.

They strung lights on the trees, and bows, oh so merry,
In colors of cranberry, bayberry, cherry.
They built giant snowmen and adorned them with hats,
Then surrounded them with snow birds, and snow cats and bats.

Then just before dawn, at the end of their fest,
Before they went homeward to seek out their rest,
The fey folk they gathered ‘round their favorite oak tree
And welcomed the sun ‘neath the tree’s finery.

They were just reaching home when it suddenly came,
The gold light returned like an arrow-shot flame.
It lit on the tree top where they could see from afar
The golden-like sphere turned into a star.

33 thoughts on “Twas the Night before Yuletide”

This site uses Akismet to reduce spam. Learn how your comment data is processed.

Just meandering through life on the road less travelled. Treading lightly on this beautiful planet, sewing seeds of inspiration, hope and grace. 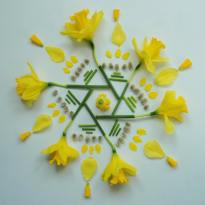 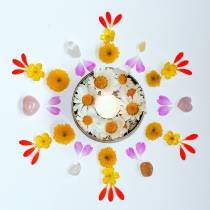 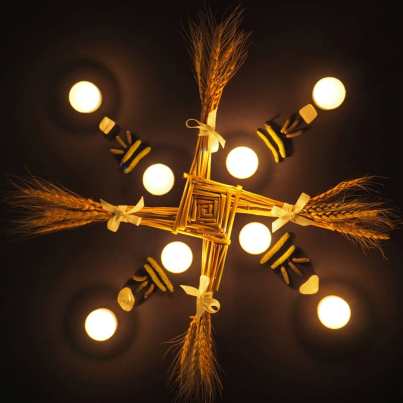 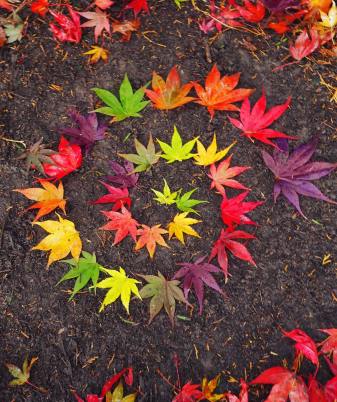 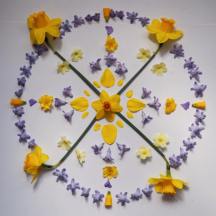 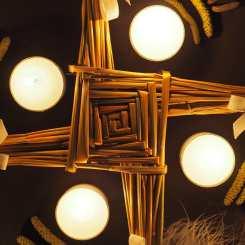 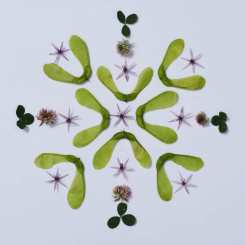 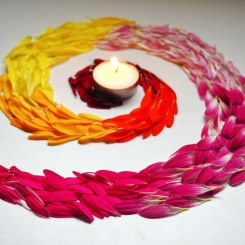 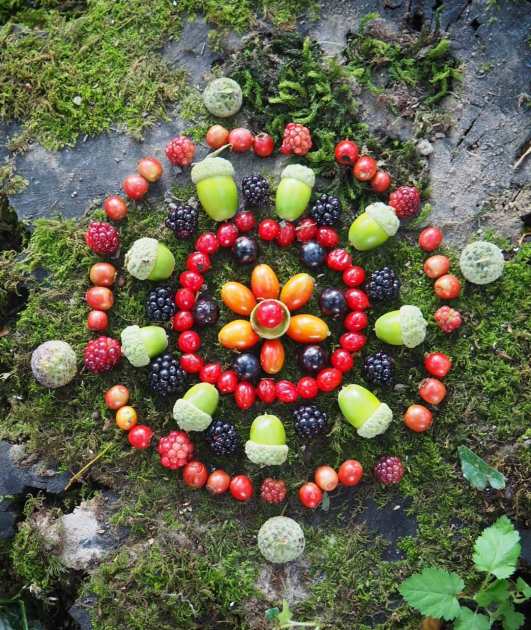 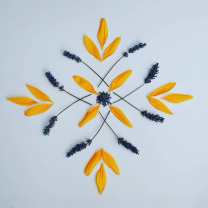 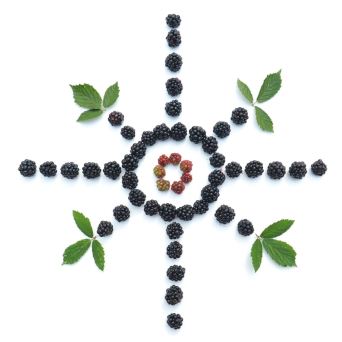